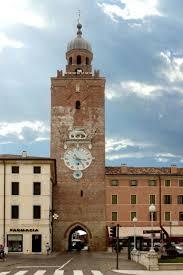 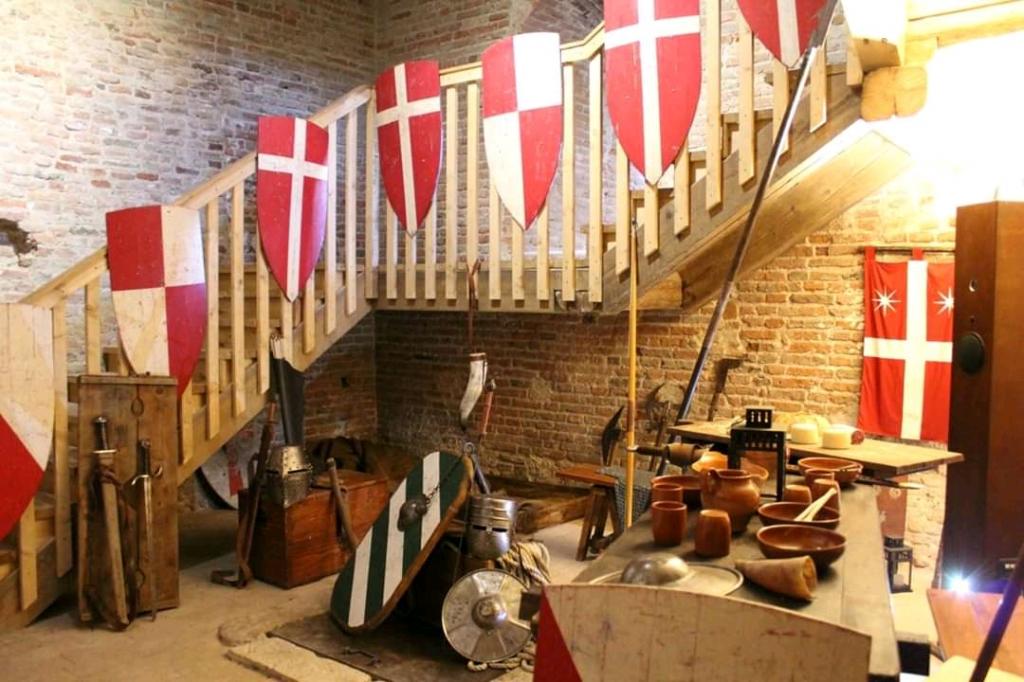 We are in the heart of the medieval castle, under the main tower, also called "front tower", and above the ancient Frankish gate, which opened towards the east, towards the founding city: Treviso, which with the creation of Castelfranco had wanted to build a solid bulwark at its extreme western border, to counter the expansionist ambitions of Padua and the Scaligeri.

Castelfranco, in fact throughout the Middle Ages is a borderland, and faces over the Muson the Cittadella Paduan rampart, built a few decades later, just as the Carraresi response to the Treviso Municipality's initiative.

For about two centuries Castelfranco is at the center of bloody war events, which see it besieged numerous times, and fall into the hands of the ferocious Ezzelino da Romano in 1246, and then in 1329 to Cane della Scala, lord of Verona, and again in 1339 to the Serenissima, to which it will return definitively after a brief conquest in 1380 by the Carraresi.

Signs of these events still characterize the tower, like the effigies of the Carraresi, frescoed on the fly of the door, and then the signs of the long Venetian domination, which begins with the raising of the tower and the construction of the small dome, and continue with the arrangement of the winged lion and with a large clock, commissioned by the Podestà Pietro Gradenigo in 1499.

The Civic Tower is 43 meters high and was also the heart of the so-called "Girone", of which you crossed one of the elevated courtyards to enter, which was a sort of castle in the castle: a fortified system wanted in 1246 by Ezzelino da Romano to strengthen the defenses and to guarantee maximum security to those who held power in the city. 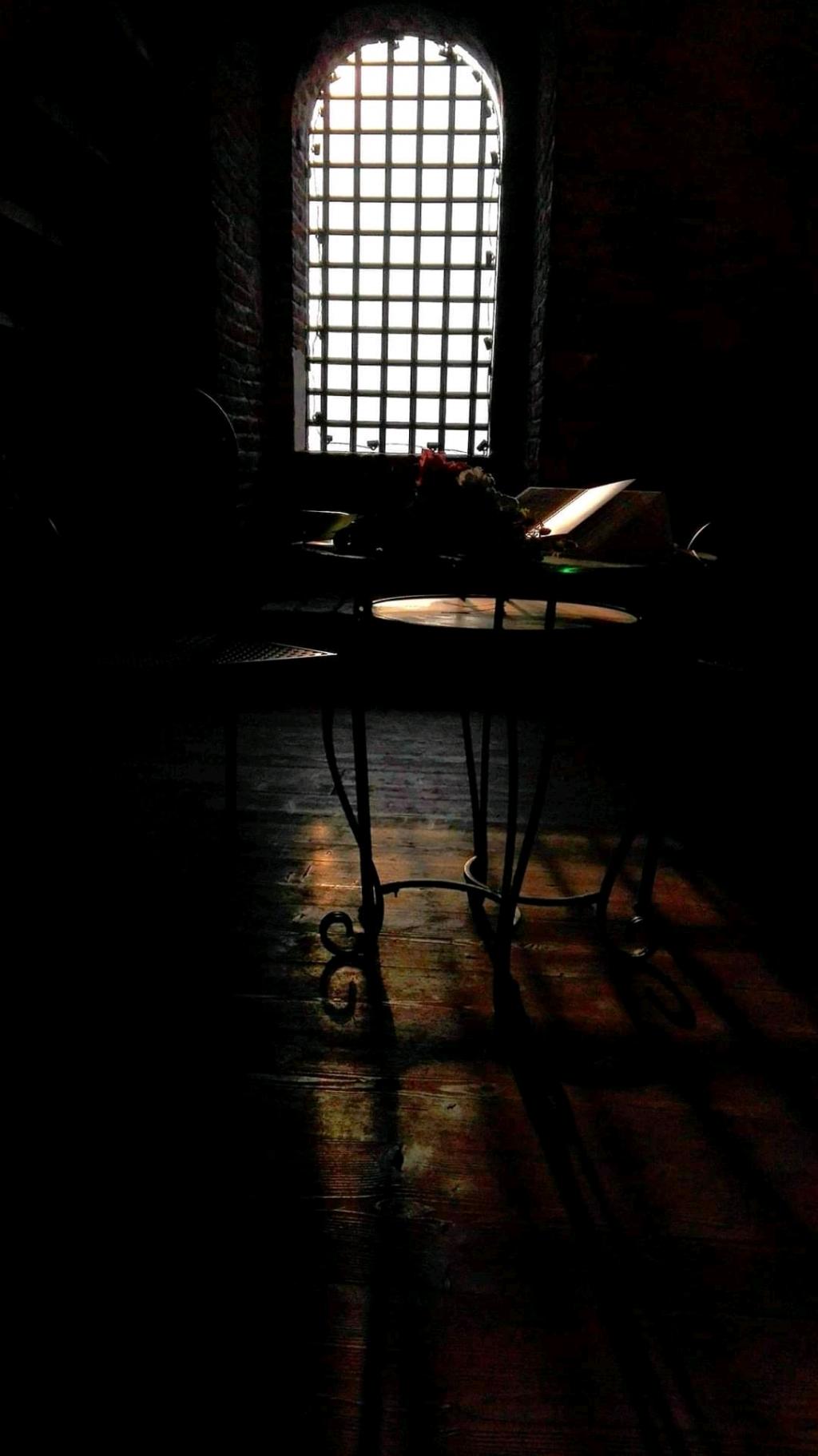 Looking at the tower from the outside, to the left was in fact the highest city authority, while to the right was the garrison barracks which guarded the gates, guarded the watch towers and walked along the patrol paths. The small house that still faces the tower on the inner side of the castle served as a link between the two parts.

That trap door is what remains of the machicolation, from which in case of assault the enemy troops were flooded with boiling oil. It was a hard life for the inhabitants of the castle, so much so that life expectancy did not exceed that rarely thirty years ...

We are on the top floor of the Civic Tower. Above us, today, is the raising of the Civic Tower, built by the Venetians in the fourteenth century, and subject to repeated renovations. Once this floor was open to the outside, like the other towers, and equipped with battlements, and was a guard and sighting place.

From here armed men like me scrutinized the horizon to see the threats coming. If you look out of the windows you will see below us on both sides, the guard walkways and the other side towers.

But if you look towards the outside of the Castle, towards Borgo Treviso, with a little imagination you can imagine the defensive structure of the ancient Castle, which was much more complex than today can be imagined and that had been studied for making the attackers' action more difficult and therefore the use of siege machines and lever artillery, or catapults, ironers and trabucchi, which had to be kept as far as possible from the walls. 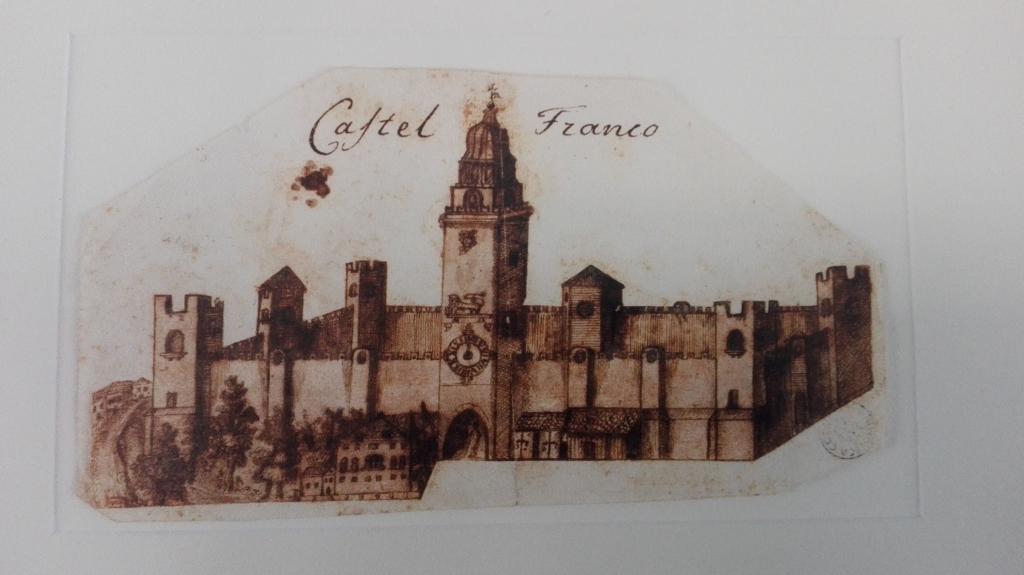 The ditches were much wider than the current ones, and measured from 21 to 25 meters, which made the castle a real island crossed by drawbridges. Opposite, the curtain of houses that can still be seen today and that bears the name of old and new Bastia, constituted an artificial obstacle beyond which an embankment and a wide swath of vacant land rose, called "circle"; finally the second ditch, called the moat of the circle, which today corresponds to the course of the Musonello. Beyond there was nothing left, only the countryside, while if we look to the right we can glimpse the bell tower of the Pieve, which with its small village pre-existed in Castelfranco and constitutes its original nucleus.

Close to the walls, about 17 meters high and broad at the base 3, built on a high pre-existing embankment (Roman or even pre Roman), there was the so-called "fratta", or a thick hedge of brambles, which had to brake furtherthe impetus of the attackers.

A great war machine, which came alive every time a cry of alarm rose from this tower, and which only the invention of firearms made useless in the end, turning the walls into the symbol of the nascent city.